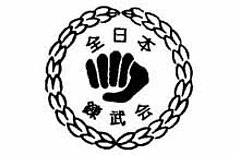 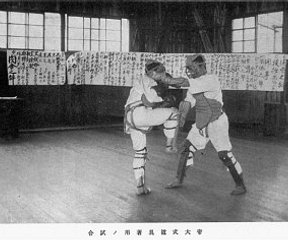 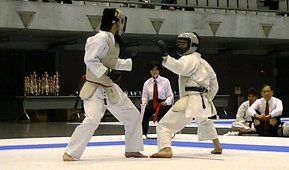 Karatedo - "Way of the Empty Hand"

See if our club is for you

come out and try a free class!

Karate is a rich and rewarding activity for all ages ranging from children to adults. Practitioners enjoy increased fitness, balance, strength, and co-ordination. In addition to the physical benefits, karate also helps develop concentration and self-confidence.

Above all, karate is just fun!

Shin Shi Kan creates a fun and safe environment while promoting traditional Japanese karatedo. Our club provides a solid foundation in basic principles and techniques with a curriculum structured around

kihon (basic techniques), kata (forms), and kumite (sparring). Group and individual training promotes the development of confidence that extend to all areas of life beyond the dojo.

Renbukai. Literally translated, Renbukai is the association for "refining the martial arts.”

Throughout its history, Renbukai has had influences from many notable sources. Following the spread of karate from Okinawa to mainland Japan, many practitioners searched for a method to safely test the effectiveness of their karate techniques. In the 1930's and 40's Toyama Kanken (Shudokan dojo),his students Yun Heui-byeong and Kinjo Hiroshi (Kanbukan dojo) among numerous other accomplished practitioners began experimenting with the use of bogu

even including baseball padding. Eventually practitioners turned to

(sparring with armor) was developed.

In the 1950's bogu specific for karate was developed and in 1954 the first nationwide karate championships in Japan were held using bogu. This tournament is still held today and is the longest running national tournament in Japan. From numerous exchanges and collaborations, practioners who fought in the armor came from many different styles of karate which included: Shito-ryu, Shotokan, Wado-ryu, Chito-ryu, and Shindo Jinen-ryu among others. These

practitioners came together in a fusion of styles and developed what is known today as Renbukai.

Renbukai is one the six major karate organizations that form the All Japan Karate Federation (JKF).